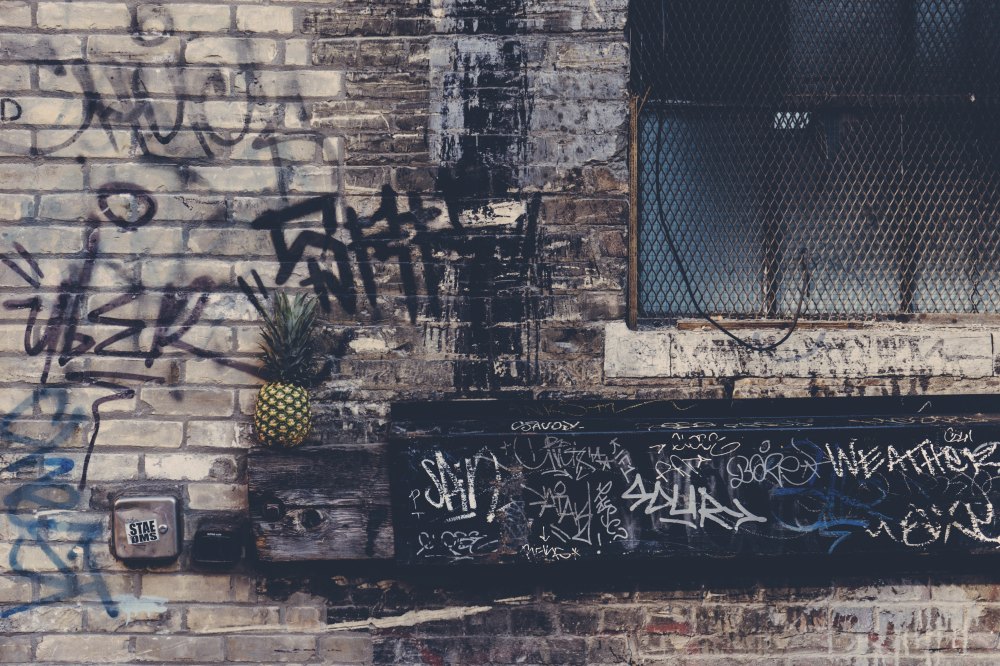 Patty looked down at herself.

Her 67 year old legs poked out of the oxblood leather mini skirt.

They were good legs. They always had been.

She knew her knees weren’t going to win any prizes. She struggled to name any knees that would. No knees had ever been awarded a Nobel prize for example. Because… well… knees.

The rest of her was also 67 years old. Maybe with the notable exception of her teeth. Which were probably nearing their half century, give or take. Nothing had been tweaked, filled or lifted. It was all the domain of a very well preserved 50-something.

Patty scanned herself in the mirror.

These days she was the poster girl for straight edge. No cigarettes, drugs or booze. All yoga, juice and vegetarianism.

A few years ago… she was a fan of all of them. If she was honest she still was. She’d just seen to may close friends into the ground because of the cocktail.

According to Katie, the mini skirt was iconic.

The gently highlighted blonde hair, embracing the odd stretch of natural ashy grey, was straight and immaculately styled by Rosio from Brazil in the Village, once a month, for the princely sum of $127.

The truth was that Patty had never felt more visible.

It was like having a constant spotlight shining in your eyes and a Ukrainian brass band announcing your arrival everywhere you went.

Every part of Patty was under constant scrutiny.

Like vultures picking over a carcass for jerky scraps.

They only part of her that wasn’t was Patty. The core driving the body to move around. To do things.

To have intelligent conversations with garrulous Irish men on late night TV.

To pen humorously frank memoirs about life on the road, the childish Greenwich set, and the death of punk.

It just took everyone a while to notice.

It was like you aged from the outside in.

The eye baggies – more a matching set of luggage these days – heralded the drooping eyelids.

The sagging jowls preempted the aches.

The cankles (really what the f**k was a cankle anyways?! Really the 21st century had so much bullsh*t to answer for) we’re the footsoldier of the varicose veins.

Patty knew she was lucky.

She had been rediscovered by a whole new generation of young people who gave a shit.

They called her a hero.

They told her she was beautiful,

And the voice of her generation,

And the voice of this generation.

Her comments on Ziggy’s untimely passing on twitter had drawn millions of sympathisers and garnered press attention which had sent the A&R men into paroxysms of ecstacy.

The republising of the spot-painted, naked photos of a 19-year-old Patty on Brooklyn Bridge, astride a clapped-out rusting jalopy, had sparked a requests from the New York time to re-stage them. She politely declined, citing creative differences with the car.

The resurfacing of studio recordings with ‘The Artist Formerly Known’ had done her zero harms either.

Then there was the hysterical resurfacing of old squabbles with Reggie. That had drawn the entertainment sharks. US Weekly loved nothing more than photos of the pair of them, rock royalty, apparently snubbing each other at the Met. The next day, according to People, she looked harrowed after the run-in with her nemisis. She was leaving a coffee shop at 6:37 am at the time. Most people looked ‘harrowed’ at 6:37 am.

She had apparently never been more relevant.

Then why, despite all that, as she reached for her loft front door, did she feel like mutton for the slaughter.