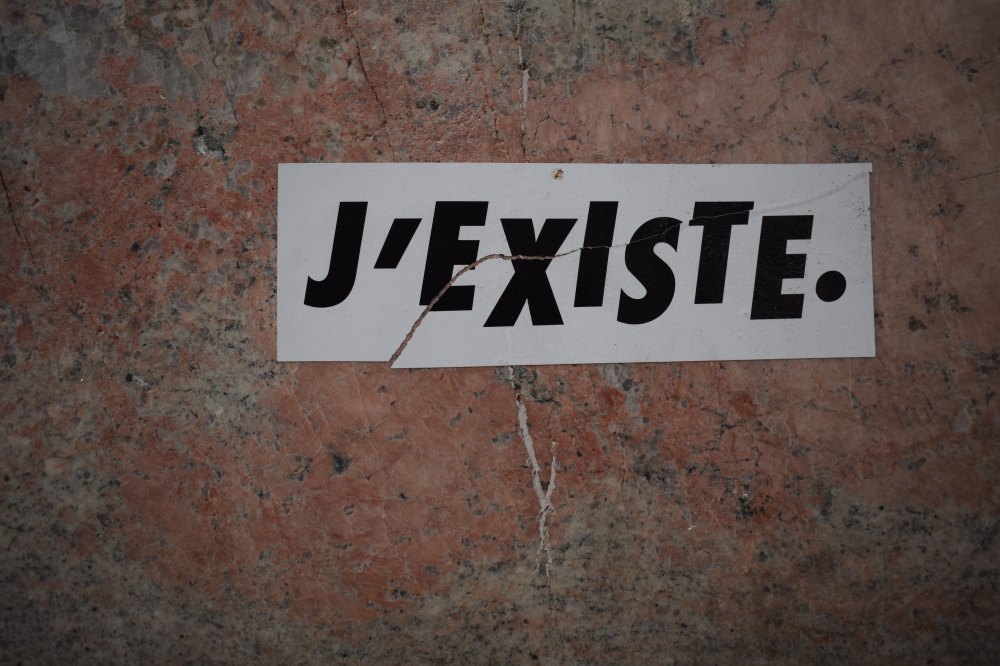 Light up just on Sarah’s eyes and eyebrows. Nothing else is lit during this scene.

Sarah: Nope. Nothing. I feel nothing. Which isn’t to be expected is it? Or is it? Is this existentialism in action followed… by nihilism in action… in which case… no, don’t think about the case. Upper or lower. Just think of the rewards at the end. Do the mindfulness thing that taught, you know, that thing with the breathing, that always makes you feel better. I mean, no it does it actually still leaves you feeling like crap but, ummmmm… Shit where was I? Getting lost in existential angst that only your average moribund late 30s midlife crisiser could really worry about. Existential crises are the opiate of the middle classes and a neo liberalist ideal. Where you are so self obsessed, you actually begin to… ummmmm… you know, what’s it called, question your identity. If I was a pot plant I wouldn’t question my identity, would I? But then do pot plants have the self awareness to have an identity? Am I just being herbist? Like way too pro-mammal? Maybe they are as basically aware of the world and their role in it and their emotions with all the feels as we are? Sure someone told me that trees can cry and feel pain and that they can transmit feelings through their roots, so that whole forests weep together. Jolly, Sarah, jolly. Really upbeat. Crying trees? Not sure a stream of thought after writing a play about PTSD is the way forward, but then I wonder if one tree had PTSD, would all the other trees share and understand? Literally, if a tree falls emotionally in a wood who would see it? The answer being all the other trees, you sap. Sap just makes me think of Jurassic Park, where they are drilling in the amber. Does anyone else ever worry that they will be encased in amber and then one day a scientist will clone them. I’m not saying it’s something that occurs to me often but it’s one of those weird shiny thought trails that you get in to after too much whiskey at an after-after-party, which is actually just you and someone else sitting on someone else’s carpet getting slammed and talking crap. Which to be fair, get me revved up, and it becomes my speciality. Like today, we were trading weird facts and I tried to convince our Apprentice that flamingos give milk. Like, can actually be milked. She spotted it, damn her American high school education, but I think there was a millisecond where she believed me, I’m sure there was. Little victories. That’s pretty much how I live my life these days. Horribly aware of the incoming peak of the bell curve and the inevitable downhillness of everything that comes after. So you now, I will wear purple and buy butter. Mmmmm, butter. I really want a flapjack. Fab as spag bol is, it’s definitely on the savoury side, so I just wish that there was something buttery and sugary just to cleanse the palate. I may just have to settle for a cup of tea. Theoretically I like tea. Like, REALLY like tea. But practically these day, right off it. It’s like finding out I was once a pro golfer and now can’t even muster a swing at mini golf. Not that I have ever had any golfing ambition beyond the odd bit of competitiveness at pitch-n-putt. Man, i’m so tired. I should really sleep but… I know what will happen. The moments the light goes out… my brain wakes up… Terrifyingly this is my brain when it’s quiet and relaxed and I am in front of screen letting stuff flow. It’s so calm. Sleep time – BOOM – head explodes with all the panic and I can feel my heart gather pace. According to my Apple watch, that’s when I do the best cardio. When I’m lying down, half asleep. I wish my heart and head would have a word and sort it out. Organ independence is much to be wished for. Unlike crying trees.
Blackout.