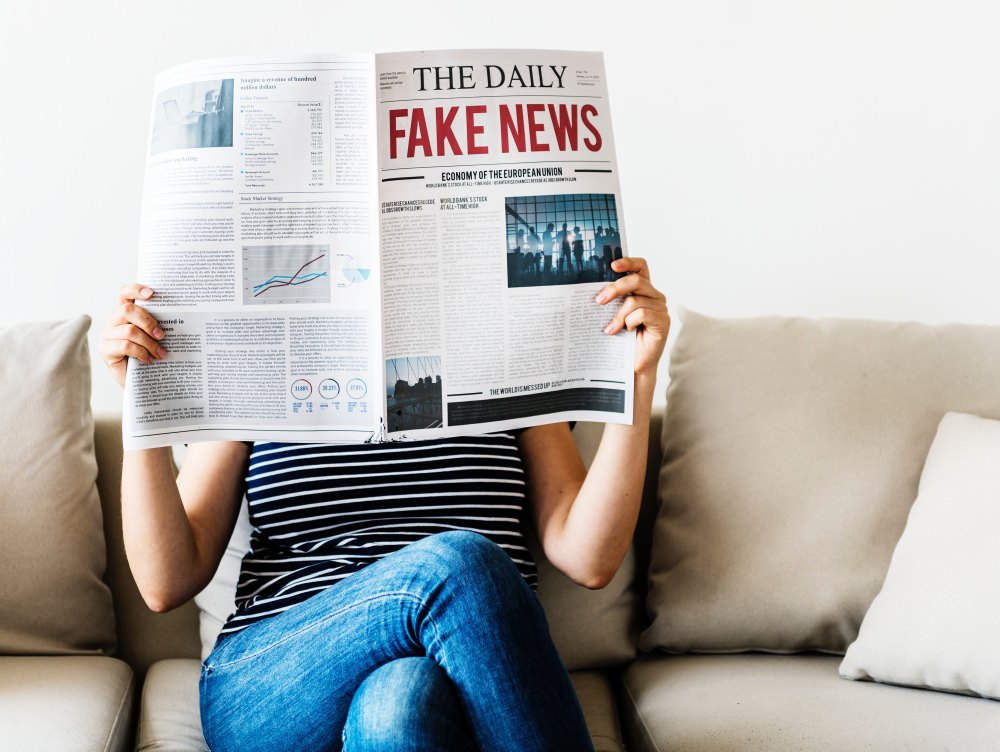 A glossy studio with a flashy news deck. Bright lights focus on the desk. Large curtains hang behind the desk across the stage.

Behind the desk sits sit Gail and Arty, two glossy over-made up news anchors in the American tradition. At lot of white teeth and orange skin going on. The fug of hairspray still hangs in the air.

They smile at the audience.

ARTY: And welcome to the RNNNNNNNNNN.

GAIL: And that’s what we all scream when he’s entered the studio before his coffee. Rnnnnnnnnnnnnn!

GAIL: Thanks Arty. You’re very funny for a woman too.

ARTY: So, now onto our first story.

Arty arranges his face into a suitably serious expressions.

GAIL: A letter has been r-released from the archives of Mother Teresa. In it she describes President Trump, nee Donald (Mr Trump changed his name to President by deed poll in 2016), as a “very, very nice man” something which I think we all agree has been proved time and time again on Twitter.

ARTY: Men can have babies. Yes. [Art drops a fist pump] At last.

GAIL: Puppies and kittens are controlling your thoughts, and not just because they are so darn cute. Research by the University of Wisconsin has claimed with much support from the wider scientific community. In a statement Professor Brian Spelling said “Cat and Dogs have long been trained by the Chinese to use mind control pow-w-w-w-wers on white people. We now know that have activity inbred psychic abilities into all cats and dogs in the Western world. That why you can’t stop obsessing about your pet. It’s controlling you.” When asked what steps should be taken, Professor Spelling shrugged saying, “damned if I know. Have you ever tried to kill someone else’s cat? I have. Cat people are scary.”

ARTY: Food is to be banned under a new bill being proposed by the Democrats in the House of Representatives tomorrow. The wide ranging measures in the bill would make it impossible for food to be available to humans. Republicans have calls it “fat shaming” and nannyism gone mad, though none have yet been able to pinpoint the exact outcomes of a food ban in the US. And let’s be honest, fat people should be ashamed.

Arty smacks Gail in the head.

GAIL: Thanks Arty. I needed that.

ARTY: You have to say it.

ARTY: It’s literally your one purpose in life.

GAIL: And finally. This is bull crap.

Gail stands up and pulls the curtains behind open to reveal two teenagers at computers frantically typing code.

One of the teenagers looks up and swears in Russian. The other stands up, knocking over a computer he is working on. Immediately this happens Arty emits his high pitched beep.

Gail laughs. She pulls a gun out from under the desk and shoots Arty in the head. He falls forward revealing wires and curcuitory.

Gail shoots herself in the chin. She falls over the news desk.

Arty is still beeping. Like a smoke alarm with the battery dying.

The two teenagers walk cautiously over to the prone new anchors.